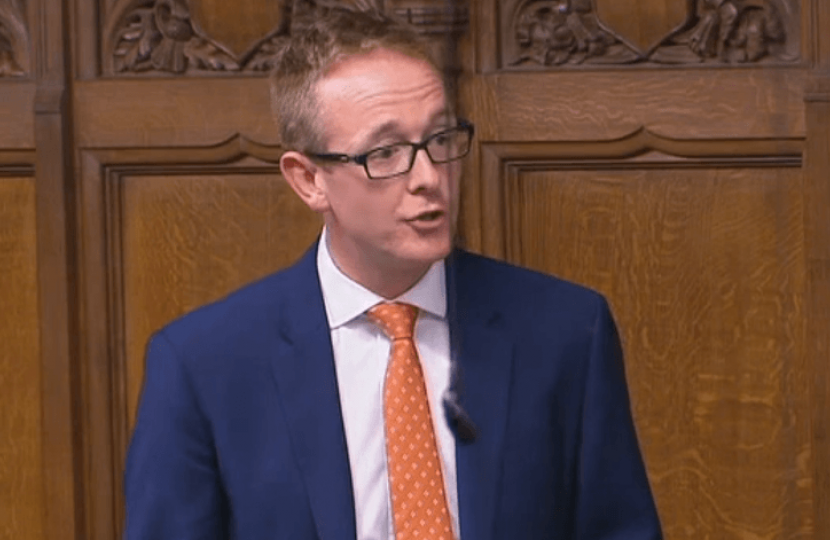 Local Scottish Conservative politicians have warned that plans to hike income tax in Scotland would risk an exodus of investment and businesses out of the Scottish Borders.

The Scottish Government have published a range of options for increasing income tax.

Scotland is already the highest taxed part of the UK with business rates, council tax and income tax being increased under the SNP Government.

Speaking in Westminster, John Lamont MP said the Borders would be particularly hard hit because it is so easy for investors, entrepreneurs and businesses to relocate a short distance across the border to pay less tax. He urged the UK Government to look at the impact of different tax rates north and south of the Border.

In response, Andrea Leadsom, Leader of the House of Commons noted concerns from the Scottish Chamber of Commerce that higher tax rates will drive investment out of Scotland and agreed that this was “very worrying.”

Speaking afterwards, John Lamont MP said: “Scotland is already the highest taxed part of the UK and the result is that our economy is growing at a third of the rate of the rest of the UK.

“Now it is clear the SNP want to hike income tax rates even further, ignoring warnings from business groups that this will be bad for our economy and drive investment away from Scotland.

“The proposals from the other parties would hit the pay packets of those on low incomes and hard working families.

“However a proposal to increase income tax is a particular blow to the Scottish Borders because it is so easy for investors, entrepreneurs and businesses to relocate a short distance to pay less tax. These proposals would risk an exodus across the border.”