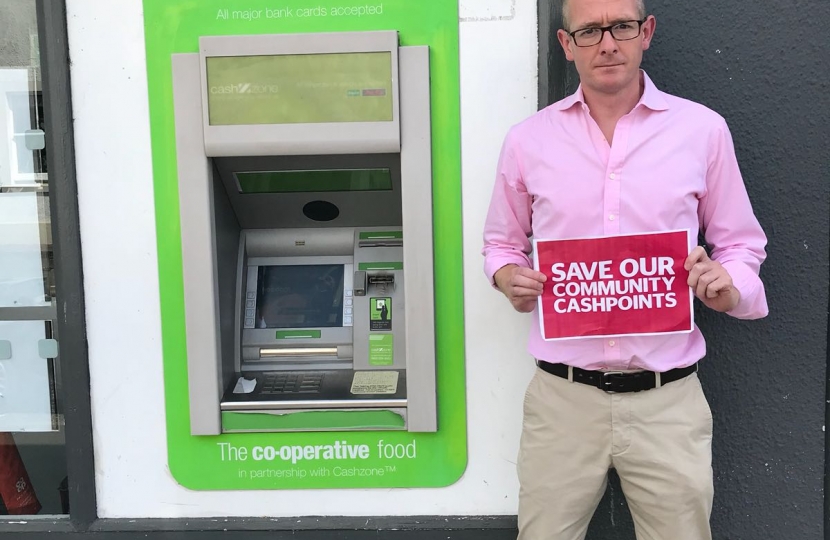 A pilot which seeks to find innovative ways of ensuring communities still have access to cash has been launched.

As payments become increasingly made without cash, there are widespread concerns that certain groups are not able to cope with such rapid change and are being left behind. The Access to Cash Review showed that around 17% of the population will struggle without cash.

The Access to Cash Pilots, an independently chaired initiative funded by the banking and finance industry, aims to help communities, which are having challenges accessing and banking cash.

The UK is one of the fastest adopters of digital payments, with cash use falling from over 60% of all transactions a decade ago, to just 28% last year. This has meant a decrease in physical banking branches as well as the number of free to use ATMs. Many Borders towns have been affected and there has been condemnation of banks leaving communities without access to banking facilities.

The initiative will work with a small number of communities from around the country to test solutions to local access to cash needs, with the aim of both helping communities now, and providing insight into scalable solutions for national implementation.

Pilot communities will be selected by an independent Board, chaired by Natalie Ceeney CBE and supported by a mix of industry, small business and customer representatives.

Local MP, John Lamont, is encouraging communities in the Borders to apply to be part of the pilot and to help shape the future of accessing cash in the UK.

Commenting John Lamont MP said: “Accessing cash is still very important for many people trying to run their household. I know many older people who have always used cash to pay for things and are sceptical of using more modern technology.

“Similarly, I know that using cash is the easiest way for some people to budget effectively and keep track of their spending before their next pay cheque.

“I believe that having no access to cash in villages and towns in the Borders has meant that shops have shut as people have just simply went elsewhere.

“I would urge community groups and others in the Borders to really consider applying for this pilot so as they can play a key part in the future of cash in our society.”